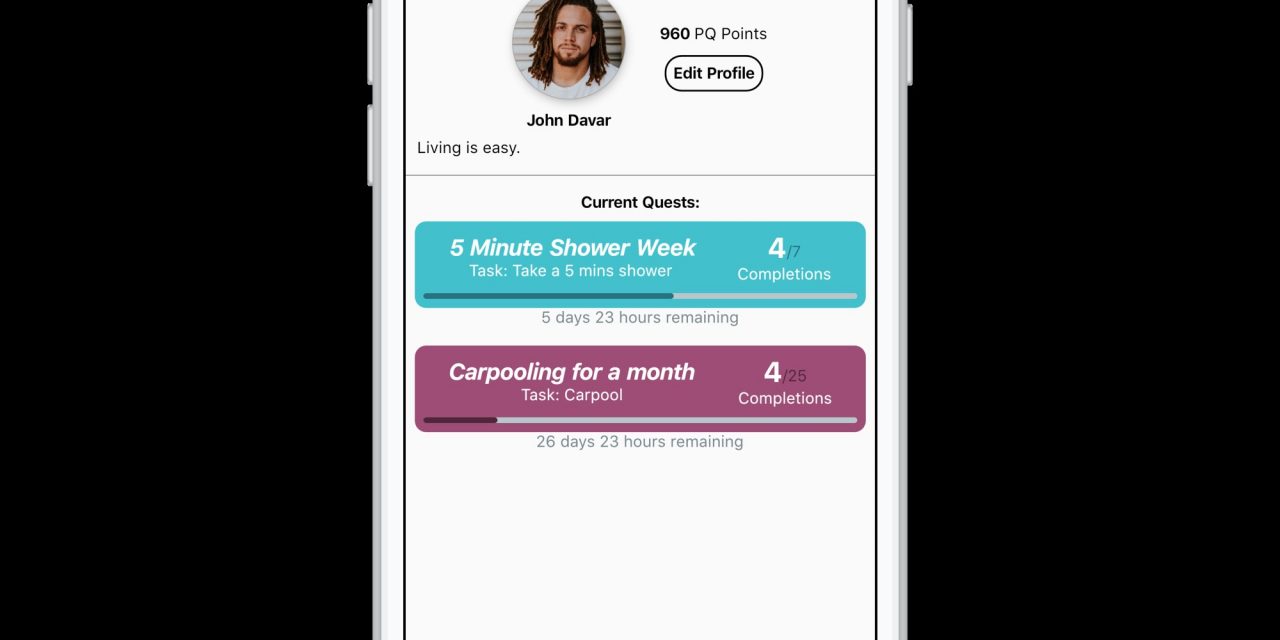 Can a mobile app and online scrutiny motivate you to be more eco? Alter Eco talks to the creator of new sustainable action app Peerquests

We have all been there. Telling yourself that this week, for sure, was going to be the week where you were finally going to start living an eco-friendly lifestyle. You were going to cycle to work, have three-minute showers and eat a healthy plant-based at least once a week. But you lie in too long on the first day, meaning no time to cycle and that shower felt far too warm to get out of on a cold evening after work. And, after the day you’ve had you really deserve a takeaway…

But what if your friends were watching you? What if they all knew that you had set these goals for yourself to help the environment, and could see the progress that you were making on their phones? Would that motivate you to keep your word?

That is the central concept behind the new app Peerquests. On the app, you create a ‘quest’, a goal for yourself of your choosing e.g. cycle to work, and clock your progress on the app in order to gain points. But here’s the kicker – you add all your friends on the app, and they can see exactly how well (or how miserably) you are really doing.

While that might sound like some people’s worst nightmare, this should be fun says Peerquests creator Michael Zhang, who came up with the idea while competing with friends to see who could go without meat the longest. “I wasn’t the longest, I couldn’t do that, I went for around 8 days” said Michael, “I thought, ‘hey this is kind of cool, this is pretty motivating’. It’s something you do with your friends – it’s social. So that’s kind of where I got the idea for the app.”

What Michael has done with Peerquests is called gamification, a growing trend where often mundane tasks are turned into game-like structures. Michael also took inspiration from Habitica, a popular app which has gamified habits. “It’s basically the same idea as Peerquests in nature except it’s more just for your habits and personal development. You put your habits on a checklist and whenever you check it off, your character gets points and things like that. So Peerquests is similar in nature to that but more specifically for sustainable actions you can do to help communities.”

Whilst the app is available to download now, Michael is planning to add a lot more features and is open to feedback. “It’s still in its pretty basic form right now in its functionalities. You can create quests, you can create parties which is just your closest friends at the moment. You have a profile, you check off your quests, you have points. So it has the core of the idea.” Michael is planning big ideas for the future, including the introduction of a leaderboard, your own customisable character and tiers to level up your character. These features, once implemented, will help bring people back to the app, providing an incentive other than just helping the environment. “It’s all well and good to say you’re helping the planet and helping your communities, you’re living a better lifestyle – but people also need a reason why they should check into the app today.” Once people are invested in the game mechanics of the app and checking in regularly, helping the environment will be a pleasant side effect – much like how Pokémon Go inadvertently increased activity levels among its users. “Most people in general agree that we can improve our lives by living more sustainably.” says Michael, “People agree but it’s just like hard to go “ok, I’m actually going to do this” instead of “I should do this.”

The app certainly sounds like it will increase sustainable actions – at least amongst honest users. I am sure that some of you have already thought about how much easier it must be to simply check off a sustainable action when in reality it wasn’t quite complete…  a flaw which Michael has thankfully considered. “The people who adopt it now are the early adopters, and the people are really dedicated and really like the idea. The people who do that now are probably not going to be the cheaters at the moment.” Once the app gets bigger and leaderboards and likes are added, then the problem of cheaters becomes more likely. Michael will then implement algorithms – calculations that will detect when quests are completed suspiciously quickly or have names which clearly aren’t aimed at helping the environment. Cheaters never prosper, especially when it comes to the environment

So, is Peerquests the answer to environmental damage?

“I feel like on a big scale saving the environment and the planet isn’t going to be only this – you’re going to need some pretty big changes systematically,” says Michael. Not that the actions of individuals don’t make a difference: “For what every person can do, things on this sense – where you’re being social, you’re doing your bit – I feel like this is a solution on a personal level. It doesn’t aim to solve every issue in the world.”

Peerquests is all about motivation, which as many of us know, is arguably the biggest barrier in leading an eco-friendly lifestyle. Gamification is one novel solution to this, but not the only one – the other, Michael suggests, is journalism. “You want to get informed. If you look into it, you realise there are a lot of things you can do, you see the issues, you can participate in communities that promote this.” Apps can help provide incentives to start your eco journey and the rest is up to you.

What is next for Peerquests?

Michael will of course keep updating the app, adding features to improve the competitive element and will eventually be monetising the app. The aim is to list sustainable businesses on the app for users to find, which would then both pay Michael a referral fee and further help the environment. There is also the possibility of a children’s version, doubling down on the gamification element. “That would be pretty good actually, because kids are more receptive to new ideas and new ways of doing things.” And who knows, maybe Peerquests will help Michael beat his friends next time they try to see who can go the longest without eating meat.

Peerquests is available on iOS now, or you can learn more on their website. 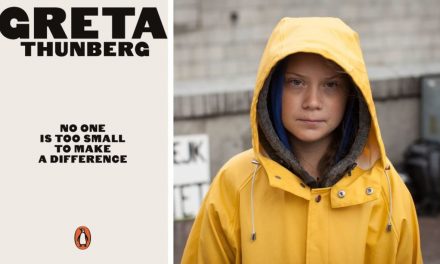 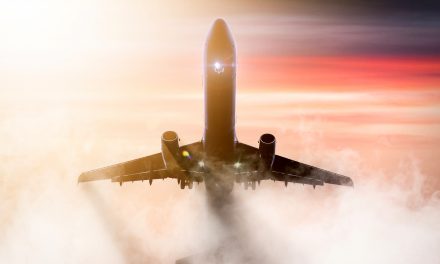 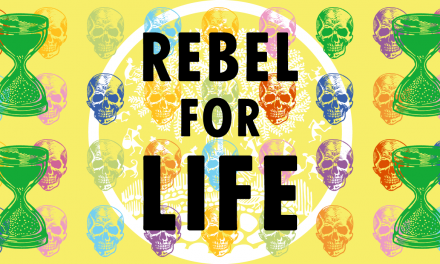 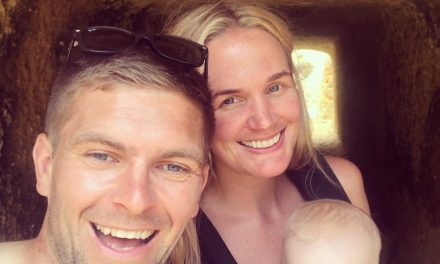